Your Phone Is Always Connected, Why Shouldn't Your Computer Be?

Mobile phones have revolutionized the way we work, communicate, and spend our free time. Phones are ideal tools for quick communication, e-banking, and a long list of other tasks. 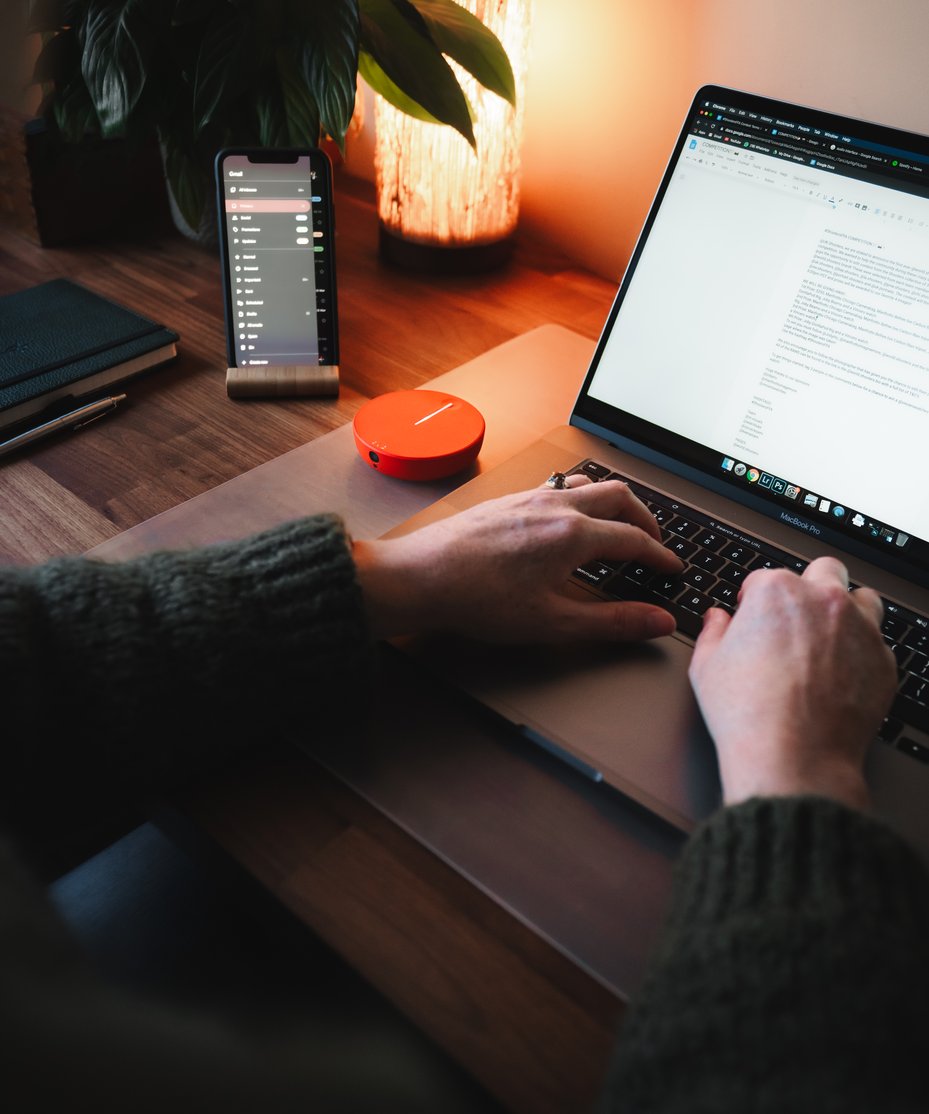 We have a world of information and entertainment available to us any time, right in the palms of our hands. However, as useful as mobile phones are in our daily lives, they are not the best tool for every task we encounter while we’re away from our home or office networks.

When a given task is more involved, we might reach for more robust technology, like a laptop computer. Then, the question becomes, “How can I keep my computer online when I’m away from home or work?”

The answer lies in the same kind of mobile networking that keeps your phone connected to the internet.

A hotspot is the collection of software, hardware, and network data services working together to turn a mobile phone or other dedicated device into a network modem and router. The hotspot delivers web access to a single gadget or to multiple connected laptops, tablets, or smartphones.

Hotspots can be shared with other mobile users who are in range through the use of a shared password. Some phones allow hotspot access through Bluetooth or USB connections, but users most often connect through their phone’s Wi-Fi settings.

So how do hotspots work? Devices treat online connections to hotspots as if they were a broadband data source, much like a DSL or cable modem. The device providing the hotspot transmits data locally like a mini Wi-Fi router, allowing laptops, tablets, and smartphones to connect to it like they would any other Wi-Fi source.

Like private hotspots, public Wi-Fi access points provide access to users within range. The crucial difference is that a third party is granting web access. Some stores, restaurants, and libraries, for example, offer public Wi-Fi networks as a customer service.

Other public Wi-Fi networks are more “wild.” Non-affiliated hotspots often show up in lists of open Wi-Fi connections. For example, some personal hotspots can allow at-large access without a password.

It seems like the ideal solution: set up or find a quick hotspot, connect your computer, and get to work. The reality is often not quite so straightforward.

To create and sustain a hotspot from a mobile phone, several criteria must be met:

A mobile hotspot can also significantly drain battery life, so it is best to use hotspots through mobile phones for short amounts of time or while plugged into an AC outlet.

Are hotspots safe to use?

Hotspots set up through mobile phones typically provide adequate network security. Connecting to a hotspot is as secure and private as using your phone for other purposes, thanks to the encryption inherent in LTE data traffic.

Hotspot users can increase security through the use of a VPN with AES 256-bit encryption. The trade-off of using a VPN is often a slower, less smooth connection.

Are public Wi-Fi connections safe to use?

Public Wi-Fi can be accessed safely, especially when using a service through a trusted third party that requires a password for access. However, hotspots that don’t need a password do not encrypt data and are much less safe as a result.

Hackers can easily access unencrypted data. They can not only see what users do and what sites users visit, but also log user entries into web forms. Hackers can also easily access email passwords, sensitive identifying information, and banking data across unsecured networks.

Hackers have become more adept at accessing private information on public, unencrypted networks over the past few years. One common method is a “man-in-the-middle” attack called an “evil twin,” where hackers set up a fake access point to eavesdrop on user activity. Because devices are unable to distinguish the twin from a legitimate access point, they may connect directly to a bad actor who is waiting to steal their data.

The world will only become more connected in the coming years. The mobile networking capabilities available today will need to evolve to keep up.

The Internet of Things

Already, the explosive growth of the Internet of Things (IoT) has changed the landscape of home and corporate networking.

IoT refers to the billions of physical devices continually joining and leaving networks around the world at any given moment. Users control or communicate information to and from these devices across the internet at large.

Increasingly, IoT devices are accessing networks through portable Wi-Fi hotspots and public Wi-Fi access points. Sensor technology, for example, allows companies to track products and processes as they move goods around the world. On a consumer level, users are controlling smart-home IoT devices like lights, HVAC, and other systems remotely.

All this connectivity requires reliable, robust, mobile access to the internet.

Employees at international companies regularly connect across oceans and continents to conduct business, hold meetings, and relay important information. While international communication is not a new development in the world of business, the geographical range of remote worker locations has increased significantly over the past decade.

Employees who need to connect from remote areas rely on mobile networks to send sensitive documents, participate in video conferences, and transmit large data files. Many remote areas have limited access to the internet—an issue that can be remedied with a mobile hotspot.

A shift toward mobile “smartspots,” which provide an unlimited data hotspot, is the future. These devices can provide faster, more reliable internet access in remote areas—all at a lower cost than many cell phone plans offer.

Keeping your computer online while you’re on-the-go is now a reality, thanks to the evolution of mobile networking. In the coming years, the distance between people across the world will become even less relevant as advances in portable data hotspot technology open up the internet to more users.

Blog
About Skyroam
In the News